Menu
Log in
Install the app
You are using an out of date browser. It may not display this or other websites correctly.
You should upgrade or use an alternative browser.

Going to try and work on the other 3 mission overviews today so we can get cracking on those. I expect the hiatus to be lifted in tomorrow or Saturday.

Happy new year prisma, I realize that it's not New Years yet. But I'm saying it now because I'm not sure when you'll be back, and good to see you.

Dahlexpert said:
Happy new year prisma, I realize that it's not New Years yet. But I'm saying it now because I'm not sure when you'll be back, and good to see you.
Click to expand...

Aww thank you Dahl. Happy New Years to you as well, whenever it hits you

Also Happy New Years to the rest of you as well Make this year a good one!

Staff member
For those of you who didnt know, today was my birthday.

MarineAvenger said:
For those of you who didnt know, today was my birthday.
Click to expand...

Bird-day? Did someone say Harpies? 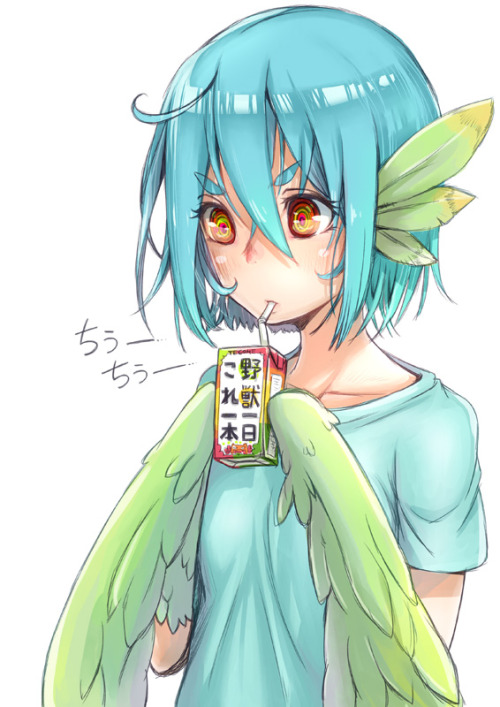 Why would I do that when I got your sweet ass baby?

MarineAvenger said:
Why would I do that when I got your sweet ass baby?
Click to expand...

Hey Dahl, did you sit on a pile of sugar?

Cus U got a pretty sweet azz.

Frostlich1228 said:
Hey Dahl, did you sit on a pile of sugar?

Cus U got a pretty sweet azz.
Click to expand...

Good job Frost, you shot the joke in the head and buried it in the backyard.

MarineAvenger said:
Good job Frost, you shot the joke in the head and buried it in the backyard.
Click to expand...

Except for a scant few things, XSDF research is pretty much done, or trashed if you want to call it that. We have pretty much all the tech I'm gonna get for us. Again, apologies that R&D turned out to be so staid in VoF, but then again it probably wasn't much more involved than it was last season. Hopefully my plan for X2 will give our civilian staff something more interesting to do.

The last real research of this season will come from the players, really. If we get our hands on that weaponry Tris was using Penny will be on that like a hornet, if we find a way to replicate the Silencer's ability that would go to Mark. And as for Aerospace research on the Einherjar... I leave that to Ayako and @BMPixy in general.

Still working on some of the missions, but if you want to get a sneak peek at stuff you'll be working on I've shared some gdocs to your emails.

DarkGemini24601 said:
Still working on some of the missions, but if you want to get a sneak peek at stuff you'll be working on I've shared some gdocs to your emails.
Click to expand...

By the way, I dunno if you remember but you and Marine and I started a collab that was supposed to cover Kallpa's roommates. I know it's ancient but if you get a chance when you awaken today I'd love to give it another shot.

For the 4800th post in this thread, have Gem's Master Plan For Vanguard of Foreseti and the Future Revised (And Not Edited).

It's quite simple, really. In the month of January, we'll take care of this final "normal" set of 5 missions, and be working on character development secondary, but still there. Tomorrow and Sunday, or next weekend, I'll do Operation Scorched Earth with @Dahlexpert @Frostlich1228 and @BMPixy if he can make it. On the last week or two I'll do the twin base assault missions with @MarineAvenger and @ZombieSplitter53 @Black0ut . The rest of the stuff (the two missions involving @Taxor_the_First will just be worked on when we can, as will Operation Chain Lightning) fills in the gaps, including an aerial mission on The Einherjar if Pixy comes up with anything.

As for February, that's our "Calm Before the Storm" month. This will be your last chance to tie up character development! So for this month, the previous one, and the one after, DON'T YOU SLACK OFF ON FALLOUT4 OR EVEN XCOM2 IF YOUR CHARACTER DEVELOPMENT ISN'T AT A SATISFACTORY POINT! I will likely get pissed, and won't accept any complaining about not being finished if you slack off - I won't accept myself complaining about it either!

Then in March, it's hammertime. I figured out a vague plan for how to merge both ending options and just end everything at Phase 3, so we're doing that. If I ABSOLUTELY HAVE TO, I'll extend a week for character finalization and mission prep since this will just be equivalent to the Temple Ship Battle of last season. After that is completed we'll go to epilogues.

Said Epilogues may carry into April, but they shouldn't need to. This fourth month will be tying the knot for Vanguard of Forseti, and moving onto Liberation of Terra. (No that is not the story's official color. Ew.) We'll spent April finalizing character bios, the prequel, and information for the story that I learn from the actual game. Then we'll start either whenever everyone is ready, or at the beginning of May.


With that, I officially lift the hiatus.
(I'll be posting any content I've been neglecting on my end tomorrow though.)

Edit: (No one speak after this please, as it will be buried on a previous page otherwise! If you want to reply make sure to quote this so it shows up on the next page! To be more specific you can talk as long as at least one person has quoted this in a reply.)
You must log in or register to reply here.
Share:
Reddit Pinterest Tumblr WhatsApp Email Share Link
Top